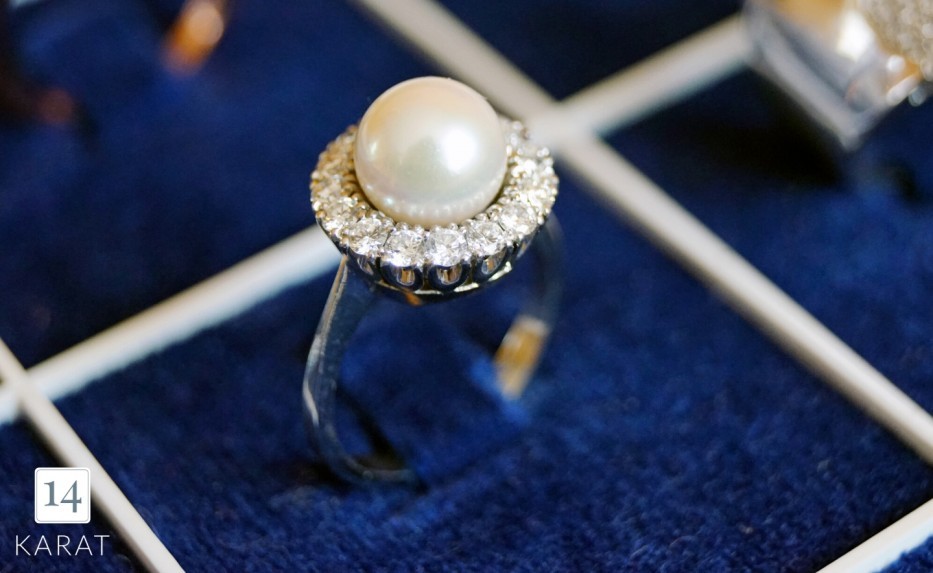 June is a special month, and not just because it is the start of summer and peak wedding season! June is one of only two months that has three birthstones! Those lucky people born in June get to claim the opulent pearl, the mystic moonstone and rare alexandrite gems as theirs. Each of the gems is a beautiful stone and they all have their own unique history and meaning that our 14 Karat gold specialists go over below.

Ancient civilizations had a lot of theories on how pearls were formed. The Greek’s believed that pearls were hardened tears from the goddess Aphrodite. Ancient Middle Eastern countries believed pearls were teardrops that had fallen from heaven. Chinese culture shows that they once believe pearls originated from the brains of dragons.

The pearls' actual creation is almost just as mystical! Pearls form when an irritant lodges itself in an oyster, clam or mussel and the mollusk produces a layer of “nacre.” Over time the layers of nacre add up and produce a shimmering pearl. While pearls occur naturally in the ocean, around 90 percent of pearls sold are cultured pearls, or man made.

Our 14 Karat gold specialists explain that pearls used to only be worn by royalty and signaled a level of refinement that most individuals were unable to achieve. Now pearls can be worn by anyone and are a must have in any woman’s jewelry box. They represent humility, virtue and innocence and are often given as a wedding gift, as a coming of age gift or for the birth of a child.

Many cultures viewed moonstone as an actual representation of the moon. Ancient Hindu’s believed that the gem was solidified moonbeams. This gem seems to “light up” from the inside out in a way that gemologists describe as adularescence. The finest moonstones show a slight blue sheen when looked at on a colorless background, but it comes with many other shimmering colors.

The moonstone was a mystic stone that many believed aided fertility, love, sleep and protection. It is thought to aid in meditation and brings a calming vibe to the wearer. A lot of the moonstones properties were thought to come from the moon, and would wane and wax in power in conjunction with the lunar phases.

The beautiful and rare alexandrite was first discovered in Russia’s Ural Mountains in 1830. They were named after the heir apparent to the Russian throne at the time, Alexander II. It is revered for its color changing properties as it transitioned from a beautiful emerald blue green to a more ruby red depending on what light is shined on it. It was especially revered in Russia at the time because those were the Russian military colors.

Alexandrites are extremely rare and one of the more expensive gemstones. It is said to help balance one’s emotional state, increase the wearers self confidence and esteem, as well as help bring about change.

Let our 14 Karat gold specialists help you to pick out the perfect gift for your special someone born in June! Any of our pieces featuring one of June’s birthstones would be a great addition to any girls’ jewelry repertoire. We can even help you to create a custom piece! Come and visit us at the Shops of Legacy, 168th and West Center Roads. We also have virtual appointments daily.

Those lucky people born in June get to claim the opulent pearl, the mystic moonstone and rare alexandrite gems as theirs. Each of the gems is a beautiful stone and they all have their own unique history and meaning that our 14 Karat gold specialists go over below.