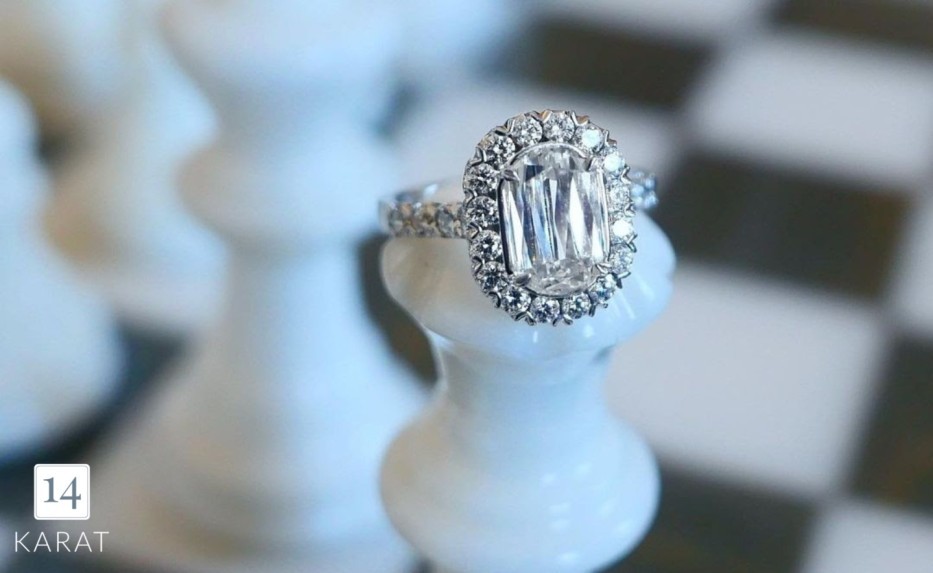 Your private jewelers Omaha experts have a love and appreciation for jewelry. We’ve found that the history of certain pieces play a huge role in the popularity and pricing of jewelry today. Here is a synopsis of the world’s most expensive pieces of jewelry!

Priced at $250 million, the Hope Diamond is one of the most well-known jewels in the world. This diamond is 45.52 carats, and the blue coloring comes from impurities caused by boron atoms. This diamond was found in the Kollur mine in India, and a French gem merchant named Jean-Baptiste Tavernier purchased it in 1666. It was then sold to King Louis XIV in 1668. Not long after, it was stolen from the royal family and cut.

The largest piece of this diamond was named Hope upon its finding. It was passed down from many people throughout time, and was eventually sold to Evelyn Walsh McLean, a millionaire from Washington, in 1911. She passed away and many believed it was from back luck associated with the diamond. From there, another gem merchant named Harry Winston acquired it in 1949, and he donated it to the Smithsonian Museum where it remains on display.

Coming in at $100 million, the Peacock Brooch was created by Graff Diamonds, a company founded in 1960 by Lawrence Graff, and was released at an art fair in the Netherlands in 2013. This brooch is shaped like a peacock with its fanned feathers, and it has a total 120.81 carats with more than 1,300 white, yellow, blue and orange diamonds. A rare, blue, pear shaped diamond is at the center, which alone is 20.02 carats. Who owns this diamond and where it is is unknown.

This 59.6 carat pink diamond is worth $71.2 million. It was mined by De Beers in 1999, where it was then cut from the original diamond that was 132.5 carats. The Pink Star is known as the largest, most flawless pink diamond to exist. It was on display at the Smithsonian Museum as part of “The Splendor of Diamonds” display in 2017, but was then auctioned off to Chow Tai Fook Enterprises in Hong Kong.

This 14.62 carat blue diamond has an emerald cut, and is named by the Gemological Institute of America as the largest Fancy Vivid blue diamond. The Oppenheimer Blue is priced at $57.5 million and was named after Phillip Oppenheimer. This diamond was mined in South Africa, but not much more is known. It is thought to have come from De Beers mines. We do know that the diamond was given as a gift to Phillip Oppenheimer’s wife, but we do not know for how much he acquired it for. He died in 1995, and the diamond was sold in 1999.

This diamond necklace is worth $55 million, and comes in at 407.48 carats. The largest Internally Flawless yellow diamond sits in the middle of L’Incomparable and is about the size of an egg. It is prized as the most valuable necklace in the world. It’s currently owned by a Swiss and Emirati company, Mouawad. What makes this piece unique is the diamond in the center was found by a little girl in the Democratic Republic of Congo while playing in a pile of rubble.

Priced at $48.4 million, the Blue Moon of Josephine is 12.03 carats. It was discovered in 2014 in the mines of South Africa by Petra Diamonds. Joseph Lau Luen-hung, a fugitive to Hong Kong due to bribing a former minister in Macau, bought this diamond for his seven year old daughter, Joesphine.

The Hutton-Mdivani Jadeite Necklace is now owned by Cartier. It is priced at $27.4 million, and is made out of 27 jadeite beads with an 18k yellow gold, ruby and diamond clasp. This necklace was designed for Barbara Hutton as a wedding gift from her father. This necklace is rare as each bead was carved from the same rock and each measures over 15mm in diameter.

These pieces are absolute showstoppers. If you’re looking for gorgeous pieces of jewelry, turn to your private jewelers Omaha experts. We can help you find the perfect piece for the perfect price! Contact us or stop in our store today!

Here is a synopsis of the world’s most expensive pieces of jewelry!