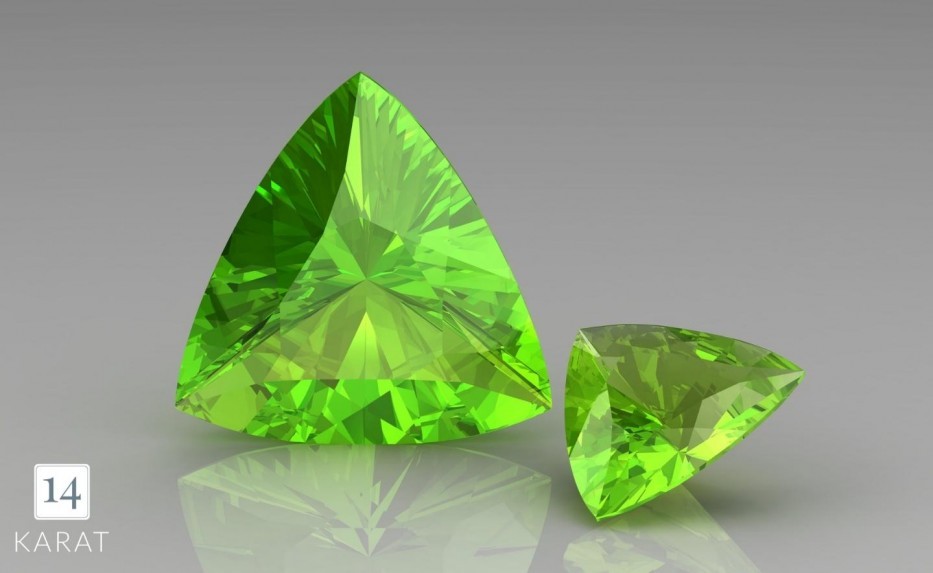 We couldn’t pass up writing about the pretty peridot, the birthstone of August. Last month we learned about the radiant ruby, and this month we want to focus on the history and meaning of the peridot. In addition to being August’s birthstone, the peridot is also given as a 16th-year anniversary gift.

The peridot is an eye-catching, sparkling olive green gemstone that can also vary in color from lime green to a greenish yellow and even gold. The gemstone gets its color from the mineral olivine, and the shade of green depends on the varying amount of iron in the crystal structure. Read on to discover more about the peridot from your custom jewelry Omaha experts.

Ancient Egyptians frequently used the peridot in their jewelry. The gemstone has been mined since 1500 BC, and is now mined all over the world in places including the United States, South Africa, China, Norway, Myanmar, Tanzania, Australia, Kenya and Pakistan. The peridot has also been found at meteorite crash sites, which, even though it is a rare occurence, means the gemstone also exists in space.

The name “peridot” is a French word that comes from the Arabic word “farida,” which means “gem.” It also has roots in the Greek word “peridona,” meaning “giving plenty.” The gem is associated with prosperity and good fortune, and is believed to ward off evil spirits. It is also said to encourage positive energy and suppress jealousy, aiding in successful marriages and relationships.

Peridot jewelry is fairly inexpensive, especially when under four carats in weight. Peridot is easy to wear and looks good in a variety of lighting. You can easily find peridot in stud earrings, on rings and as a pendant on a necklace. Bezel settings that protect the stone are recommended as peridot is a softer stone; your custom jewelry Omaha experts can assist with this.

Synthetic peridot gemstones do not exist, but imitations do. Imitation peridot is made of glass or natural tourmaline. If you’re looking for a piece of peridot jewelry, odds are the peridot you’re purchasing and wearing is real. Peridot jewelry is easy to care for by simply using warm, soapy water (no harsh chemicals) and a microfiber cloth.

The peridot is an excellent addition to any jewelry collection. Your custom jewelry Omaha experts can help you find the perfect piece to give as an anniversary gift, birthday present or just to anyone who likes the color. It’s a great gemstone to give, as it can be worn everyday without causing any damage. Come see us today if you’re looking for a peridot this month!

Learn all about August's birthstone, peridot!