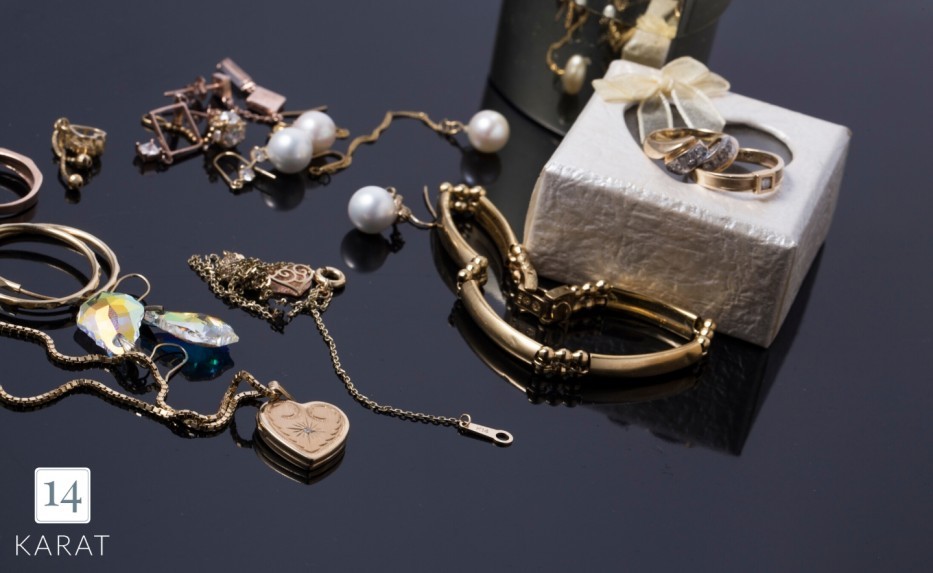 There is no better feeling than getting to go to a jewelry store and picking out an amazing piece of jewelry for yourself or someone you love. However, finding an antique piece of jewelry from a whole other era is a very close second! There have been six well known and established jewelry eras since the 1700’s, and they all offer unique and one-of-a-kind designs.

Our 14 Karat ring specialists have seen a lot of people looking to recreate an antique look, but they are not sure what specific era they want their piece to replicate. If you are looking to bring a vintage piece to your jewelry box collection, read on to see what era best suits your style!

Gregorian era jewelry was always handmade and took a long time to craft. This is because jewelry making tools were rudimentary at best, but the design work was impeccable. Symmetrical and bold designs were most popular during this era and they would feature stones like diamonds, garnets and topaz.

This era is named after Queen Victoria, and the jewelry that would come forth while she was on the throne. Queen Victoria would often let her jewelry represent her mood, and because her rule was so long, this era has since been divided into three sub categories. They are the romantic period, the grand period and the aesthetic period.

The romantic period was very feminine and was a symbol of her deep love for her husband Albert. The grand period happened after the death of Prince Albert. During her mourning period, her jewelry  featured darker gems like onyx and darker designs like snakes. The aesthetic period was about moving forward and renewed an appreciation for hand-crafted jewelry. Women wanted to wear things like a dainty 14 Karat ring and stones like amethyst, coral, turquoise, tortoise shell and chalcedony.

This era was short lived, but it helped make way for some more modern designs that everyday people could enjoy. The diamond started to take a backseat during this era with more jewelry featuring agate, garnet and aquamarine stones. Art Nouveau relied on nature for its designs, taking inspiration from birds, flowers and the female form.

Edwardian jewelry was made with opulence and wealth in mind. The finest gemstones and precious gemstones were used in excess. This is when platinum metal became a popular choice, because of its strength and its purity in color as well. Edwardian era jewelry is distinct for its white on white motif, with pearls and diamonds being set in platinum.

Art deco pieces were made in between WWI and WWII and featured much more bold designs than the jewelry pieces of the two eras before.  Platinum was still the most common metal used, but this time, white gold also made an appearance. Your 14 Karat ring would feature a geometric shape and have vivid contrasting colors as opposed to the more opaque and feminine glass pieces from before. This is also when jewelry started getting made by machines and larger quantities could be made than ever seen before.

Gemstones and Platinum were a rare commodity during WWII, so jewelry once again began to rely more on gold usage and also enamel became a popular material. A lot of synthetic gems were used in substitution for real ones during this period. Flowers, bows and animal depictions were popular design trends, and lighter colored gems could be used sparingly as accents to the designs. More often than not, people would model their existing jewelry into something new to save on costs.

Are you looking to create a piece of jewelry from one of these iconic eras? We can help you to create a completely customized piece of jewelry to any design you like! Or you can pick out an already existing piece from our beautiful collection.  Come and visit us at the Shops of Legacy, 168th and West Center Roads!

There have been six well known and established jewelry eras since the 1700’s, and they all offer unique and one-of-a-kind designs.