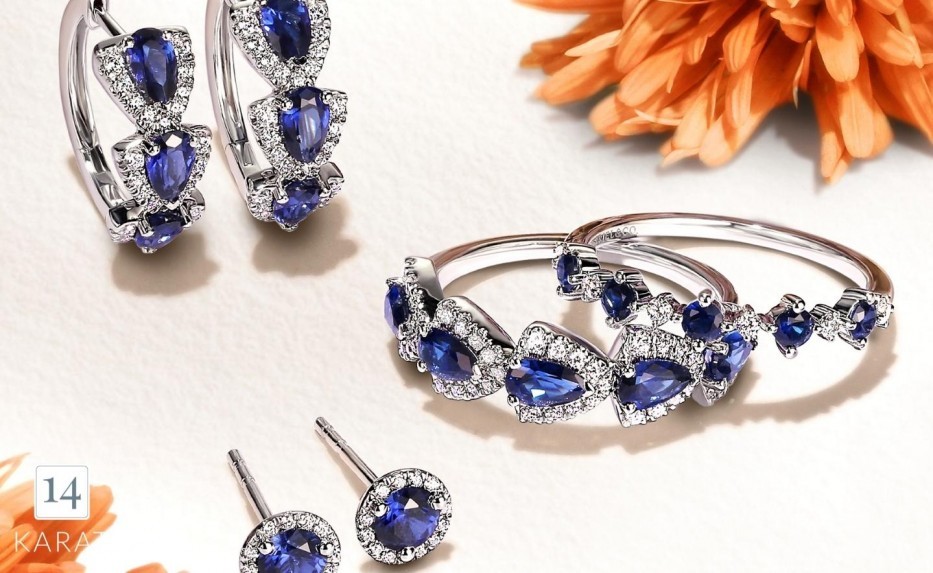 Known for its radiance and brilliant coloring, sapphire is the birthstone of September. This gemstone is one of Mother Nature’s rarest gemstones. Sapphire ranges from a pale blue to deep indigo and has been one of the most highly sought-after gems for thousands of years.

Sapphire is a relative of July’s birthstone, the ruby. Both are a form of the mineral corundum and have a hardness of nine on the Mohs scale. The shade of blue in sapphire is dependent on the amount of titanium and iron within the structure. Visit us at 14 Karat to find out more custom jewelry options in Omaha.

Many classic blue sapphires came from the Kashmir, Myanmar and Sri Lanka regions during the late 19th and early 20th centuries. The stone was discovered in Kashmir in the 1880s when a landslide in the Himalayas exposed the crystals. More recently, the world’s sapphires have been found in Tanzania, Mozambique and Madagascar.

There is one spot in the United States where sapphires have been found, Montana. In the 1860s, during the gold rush, many prospectors gave little thought to the blue pebbles that clogged their sluices and threw them away. Montana sapphires are known for their unique colors ranging from pale blue and greens to light pinks and purples.

There have been many meanings attributed to sapphires throughout history. In ancient Greece and Rome, the elite believed that blue sapphires protected their owners from harm. In Medieval Europe, some people believed that sapphires symbolized Heaven, while others thought sapphires held healing powers and could be an antidote to poison.

Sapphire became a recognizable symbol of love for the Royal family when Prince Charles gave Princess Diana a 12-carat blue sapphire engagement ring. This ring is now worn by Kate Middleton, Duchess of Cambridge. The Royal family has a history with gorgeous sapphire stones that dates back more than a century.

Sapphires are a great stone for everyday wear. On Mohs Hardness Scale, sapphires are a nine. That makes sapphire second in hardness only to diamond.

When you’re ready to clean your sapphire jewelry, all you need is warm, soapy water.

We’ve been covering the origin and history of each month’s birthstone, find them here:

If you’re celebrating a September birthday or anniversary, our custom jewelry Omaha experts can help you find the perfect piece. Sapphires are the perfect gemstone to be worn every day and for years to come. Come see us today to learn more!

Learn all about sapphire, September's birthstone!